In preparing for Austria I had the opportunity to sign-up to assist with a retreat for U.S. military families stationed throughout Europe.

The retreat as a whole was such a privilege to be a part of.  Getting to experience these family units and see all of them connect because of one commonality – stationed in Europe – was something I to be witnessed.

The camaraderie amongst the kids and amongst the parents, stronger than any sport team.  Every family was there for a different reason yet they were all able to learn something from each other.  In hearing from and interacting with other families, each one left stronger than when they arrived and with new or better friendships.

After having a couple days to reflect and ponder all that happened (including setting off fire alarms) it seems that no matter what, if the family can gather in front of the Eucharist and pray with each other, they have the chance and ability to survive anything.

The sweetest moments of the entire retreat were watching the families get together to talk about their “maps” (where they had lived) and then having the Dad’s pray over the family.  Each family was also able to receive a blessing from the Archbishop of the Military Diocese who was with us throughout the entire retreat.

On Saturday night as we all walked down the mountain to the original chapel where the Schoenstatt movement began.  While walking down we prayed the Rosary and then participated in the gathering of nations and burning of prayer petitions.  The Schoenstatt order, on the 18th of every month, gathers with as many nations who are able to attend and offer their petitions to Mary.  The burning of them symbolically shows the sending of the prayers to heaven, towards Mary.

Now, let me tell you all about Schoesnstatt – city and religious.  Nestled in a valley in Germany Schoenstatt means “beautiful place” for physical beauty and that beauty has transformed souls of thousands who have visited.

Founded by Fr. Joseph Kentenich who, with a group of other Seminarians, wanted to create a place where Mary could reside and her work could be done.  And it has been just that.  A place of refuge, healing, inspiration, rejuvenation, and love.  Schoesnstatt has provided a home for everyone who has visited.  A home to stay in and a home in Mary’s heart.

Surviving WWII, the exile of Fr. Kentenich, and now 50 years after his death, the Schoesnstatt movement is in it’s most critical year.  It is said on the 50th anniversary of a founders death, an order’s success will be determined by how true it is staying to the charisms of the founder.  For lack of better words, this international movement is breathtaking.  Mary Thrice Admiral has done amazing work through the people of Schoesnstatt.

Visit their website to learn more about it: https://www.schoenstatt.org/en/services/about-schoenstatt/schoenstatt-spirituality/what-is-schoenstatt/

Inside of the chapel where Schoenstatt began 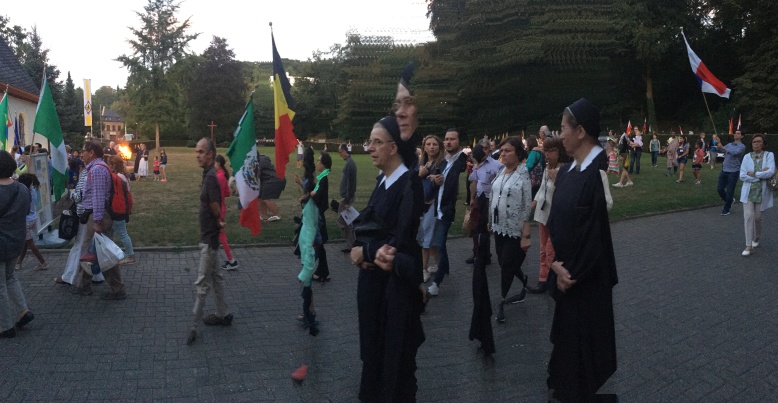 Fr. Kentenick’s grave – he is buried where he died 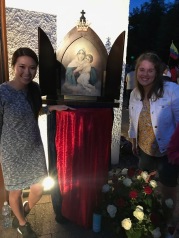 Tap on image to read about the moment